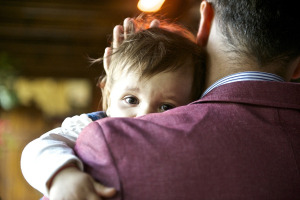 The Wisconsin Early Childhood Association opposes  the Public Charge rule changes. The proposed changes to immigration rules punish vulnerable individuals and families who are experiencing economic hardship and who may become a “public charge” by using some forms of public assistance. Furthermore, we believe that these rule changes will have unintended consequences that impact citizens of our country as well.  To this end, we want to make sure you understand the facts of these proposed changes and know how to advocate for safe and healthy children and families.

What does “public charge” mean?

Immigration law has ebbed and flowed in the United States for well over a century, targeting during this time groups of people in unjust ways. A “public charge” has been defined as an immigrant who will primarily rely on public assistance for their health or wellbeing long-term while residing in the United States.  These laws and the new changes to broaden the definition of who should be considered a public charge (those using one or more forms of public assistance upon entering the country like food, housing, child or health assistance) are most restricting to certain types of immigration and will be particularly harmful to families.

Who will the public charge impact and how?

Who will not be impacted by this rule change?

What public benefits are not counted against individuals in the rule change?

When will these changes take place?

This rule has the potential to separate families and discourage the use of essential health and wellbeing supports for immigrant families in our country. WECA encourages everyone to advocate for our immigrant families across the state and nation. Our immigrant friends and neighbors are parents, early educators, professors, doctors, chefs, lawyers, scientists, and so much more. They contribute to the wellbeing of our communities in a multitude of ways and we MUST stand with them as they continue to fight discrimination in the United States. What’s more, our fellow citizens agree. The vast majority of public comments on the Public Charge rule changes are in opposition of it.

What can you do?
Get informed so that you know the rules and can help others
Take Action
Share your story